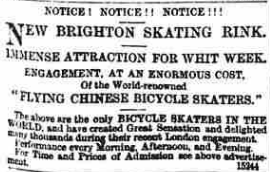 On January 1, 1876, the Sporting Gazette ran a notice about a new type of skate invented by one Mr. Kemp. These skates, which he called "bicycle skates," featured a large front wheel and a small rear wheel. They seem to have been intended for skating on roads normally traversed by bicycles. "The Bicycle Skate,"… END_OF_DOCUMENT_TOKEN_TO_BE_REPLACED 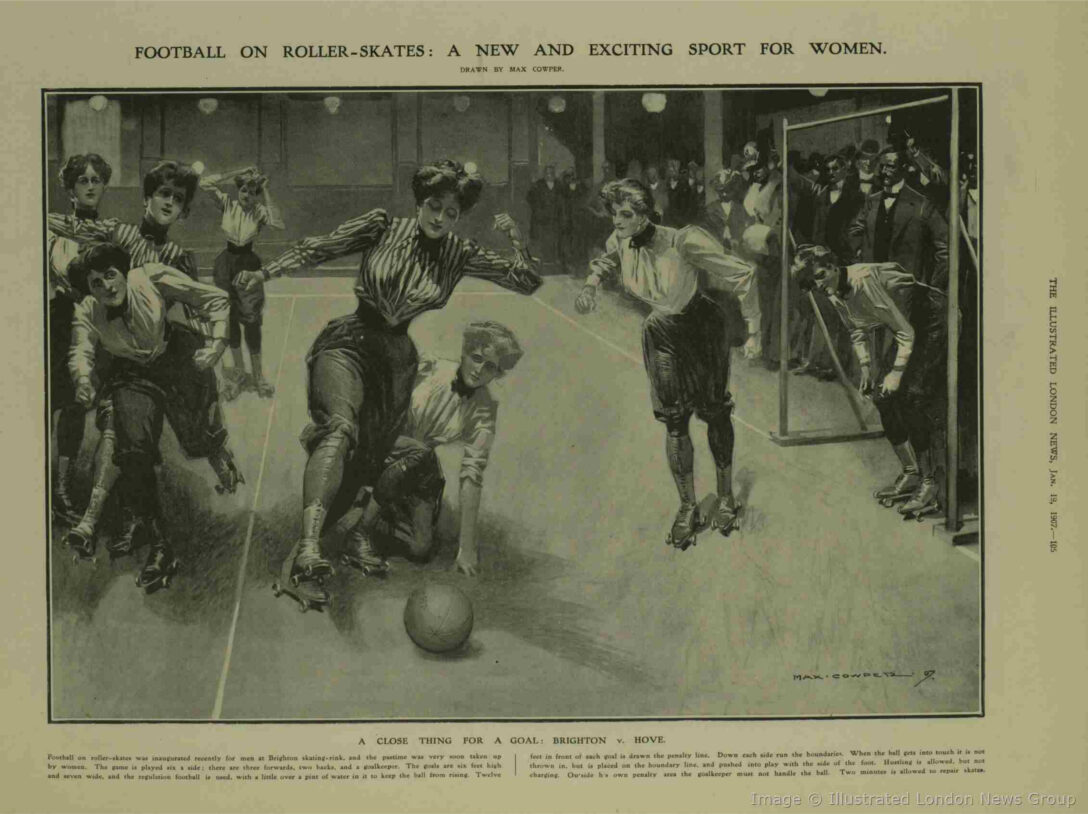 This image from the Illustrated London News in 1907 speaks for itself. The Illustrated London News, January 19, 1907, p. 105. Image courtesy of the British Newspaper Archive. The caption reads: Football on roller-skates was inaugurated recently for men at Brighton skating-rink, and the pastime was very soon taken up by women. The game is… END_OF_DOCUMENT_TOKEN_TO_BE_REPLACED

Figures were once the backbone of figure skating on ice (hence the name in English), but experienced a steep decline in popularity after they were dropped as a competitive requirement in 1991. Today, ice skaters rarely do them. In roller skating, in contrast, figures continue to thrive---on quad skates. They don't really work on inlines.… END_OF_DOCUMENT_TOKEN_TO_BE_REPLACED